This is not a debunking of the Koran, this is a realistic view of what the Koran says and promotes. If you believe the lessons/stories in the Koran then you are living in denial of history and science among multiple other subject, and to top it off you are a twisted individual that promotes murder among many other crimes.
xxxxxxxxxxx

I will be honest, during preparing for this reading of the Koran I had to check the cover twice to make sure I was reading the correct holy text. In essence today is essentially the Koran showing that Jesus is divine and that Christianity is the correct way to Allah. Now if you read the apologetics behind these verses you will come to a totally different opinion, but I believe any sane person reading the text will come to the same conclusion that I do. To be clear and avoid any confusion, this above statement does not mean I believe the Bible is true and Christianity is the way to a god. 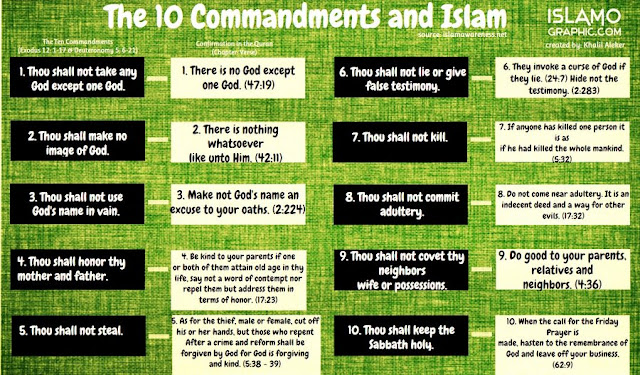 Verse 55 says the follows
"When Allah said, ‘O Jesus, I shall take you[r soul], and I shall raise you up toward Myself, and I shall clear you of [the calumnies of] the faithless, and I shall set those who follow you above the faithless until the Day of Resurrection. Then to Me will be your return, whereat I will judge between you concerning that about which you used to differ."
Ok, so Jesus got resurrected. He also got cleared of any false charges against him by Allah. Importantly, we get told that those that follow Jesus (i.e. Christianity) will be set above the faithless. So here we see that the Koran is showing that Christianity is the way to Allah. So, what do the apologists say?
Apparently, this is all meant to show that Jesus was a man and did not get resurrected. In fact we see in verse 61 and 62 says that Muhammad corrected the false views on Jesus.
"Should anyone argue with you concerning him, after the knowledge that has come to you, say, ‘Come! Let us call our sons and your sons, our women and your women, our souls and your souls, then let us pray earnestly and call down Allah’s curse upon the liars.’
This is indeed the true account, for sure. There is no god but Allah, and indeed Allah is the All-mighty, the All-wise."
But herein lies the dilemma for the Muslim, this Koran verse is saying that the above verse is correct. This means that all the reasons used to justify Jesus as a prophet and not the son of god as claimed by Christians can only be found in Hadith, and not the Koran. But the Koran is the perfect message from Allah and as such we have to come to the conclusion that Jesus is in fact godly and that the only way to get to heaven is to be a Christian.

Another apologetic argument forwarded is that this is only meant to refer to Jewish suffering, i.e. the holocaust, and Jesus's divinity is not even at question here as we know he is just human, because apologist x says so. I this vein verse 56  and 57 are used,
"As for the faithless, I will punish them with a severe punishment in the world and the Hereafter; and they will have no helpers.’
But as for those who have faith and do righteous deeds, He will pay them in full their rewards, and Allah does not like the wrongdoers."
So now while an anti-Semetic Muslim can use this to justify any suffering of the Jewish people, it still does not do away with Jesus divinity. If anything it reiterates his divinity and that Christianity is the only way to Allah. 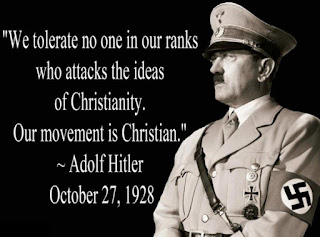 So, if a Christian ever needs an argument for Christianity against a Muslim. I think using the Koran they can show with clarity that Jesus is in fact the only way to Allah. Although, perhaps the Christian should also realize what the are promoting, when they promote Biblical views.

What a way to go, the Koran disproving the Koran yet again. See you next week.

-------
The version of the Koran I am reading is the John Meadows Rodwell translation. An online version can be found at the al-quran.info website
Additionally, for commentary I am utilizing the commentary of Maulana Muhammad Ali which is available at muslim.org/english-quran/quran.htm
Posted by Christian at 11:00:00