This is not a debunking of the Bible, this is a realistic view of what the Bible stories are. If you believe the stories in the Bible are true you are living in denial of history and science among multiple other subjects. Remember, you need to prove the Bible inherrent before you can claim inherency.
xxxxxxxxxxx

Todays Bible reading is an interesting one, as it raises a big issue for modern day Christians and essentially how they deal with this groups them into two camps, the dream can be prophecy from God and the dreams are just dreams camp. It is probably important to also realize that there is another group that takes the positions that a dream can sometimes/maybe be a prophecy if everything is right. Outright, I dismiss this group as fence sitters on the are dreams prophecy issues, as how can you actually know if a dream is from God only sometimes. This view is  basically the, I will accept things that appeal to me fallacy, more commonly known as subjective reality.

We know from last week that Joseph is in jail for not doing anything except beside getting sexually harassed by his owners wife. While in jail two of Pharaohs servants are sent to prison for displeasing Pharaoh. Because Joseph is so important in the jail, these new boys are assigned to him and eventually they both have dreams. These dreams really worry these two men, and they tell Joseph their concern as they believe the dreams should be interpreted according to the norm in Egypt at that time. Luckily for these two however, Joseph asserts that Jehovah is in charge of all dreams and they should just tell him about the dreams.
"The next morning, when Joseph came in and saw them, they looked dejected.   So he asked the officers of Pharʹaoh who were in custody with him in his master’s house: “Why are your faces gloomy today?” At this they said to him: “We each had a dream, but there is no interpreter with us.” Joseph said to them: “Do not interpretations belong to God? Relate it to me, please.”"

The two servants relate the dreams and then Joseph gives them the interpretation.
"So the chief cupbearer related his dream to Joseph, saying to him: “In my dream, there was a vine before me. And on the vine, there were three twigs, and as it was sprouting shoots, it blossomed, and its clusters ripened into grapes.  And Pharʹaoh’s cup was in my hand, and I took the grapes and squeezed them out into Pharʹaoh’s cup. After that I put the cup in Pharʹaoh’s hand.”"
Joseph tells the cup bearer that this means in three days he will become Pharaohs cup bearer again. The cup bearer is pleased and promises Joseph he will remember him when he leaves the prison. Spoiler he forgets about Joseph.

The second servant then relates his dream.
"When the chief baker saw that Joseph had interpreted something good, he said to him: “I too was in my dream, and there were three baskets of white bread on my head, and in the top basket, there were all sorts of baked goods for Pharʹaoh, and there were birds eating them out of the basket on top of my head.”"
Joseph then informs the baker that Pharaoh will behead him and that birds will eat his flesh. Remarkably we don't get any feedback from the baker, so I gather he may have been annoyed and started a prison riot.

So why should Christians care about this story? Firstly its bullshit, as there is no evidence for this Joseph person in Egypt at the time when this was meant to happen, despite what some history-revisionists will tell you. Secondly, if dream interpretation is a real thing, then why are the Christian views on this so splintered? I mean its real or its not real, yet even the organization that claims to be Jehovah's organization on Earth are fence sitters on the subject. Surely the Jehovah's Witnesses would know if this is real or not when they are claiming biblical authority. Perhaps, the only way to rationalize dream interpretation is to realize that it is your mind creating something and has nothing to do with a God giving a message, especially when the god that is meant to be giving you the message has zero evidence backing him/her/it up.

Thats it for this week, and I hope you have a few great dreams until next time. 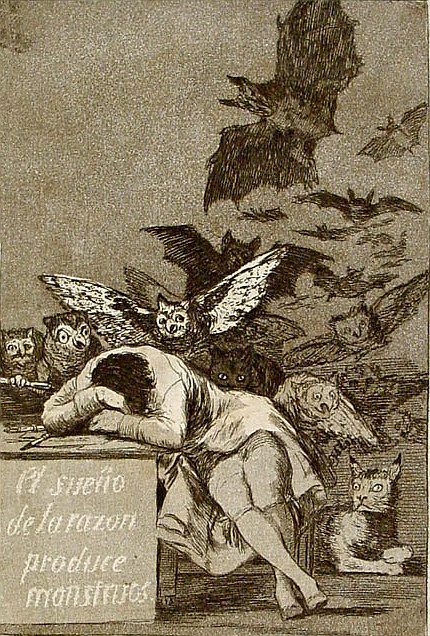