Jacob has been told by his mother to escape the wrath of his brother Esau who is hell bent on killing him. However, before the new head of the tribe can leave he needs to get permission from his father, and so his father (on his mothers suggestion) tells him to go look for a bride. On first glance this would seem a simple task, however Isaac has other plans in mind as he does not want his precious son marrying a filthy Canaanite.
"So Isaac called Jacob and blessed him and commanded him, saying: “You must not take a wife from the daughters of Caʹnaan. Go away to Padʹdan-aʹram to the house of Be·thuʹel, your mother’s father, and from there take for yourself a wife from the daughters of Laʹban, your mother’s brother."
Instead, Jacob must keep it in the family and marry a cousin instead. Now, while many may find this a bit too close to home it is not so close when we consider that most countries allow this type of marriage. Additionally, it is not so bad when we consider all the incest the Bible has condoned so far.


(Can you marry your first cousin?) 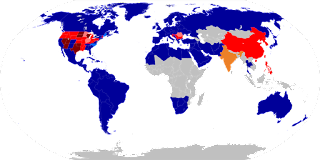 
Allowed with restrictions or exceptions


Legality dependent on religion or culture

Once Jacob leaves we see something rather interesting happening with Esau. He overhears his father speaking to Jacob about his wife choice, and as such does what every scorned child does to annoy there parents. You guessed it, he decides to take another wife and she comes from Canaan, but to make matters worse she comes from Abraham's black sheep abondened child Ishmael's family.
"Eʹsau then realized that the daughters of Caʹnaan were displeasing to his father Isaac, so Eʹsau went to Ishʹma·el and took as wife Maʹha·lath the daughter of Abraham’s son Ishʹma·el, the sister of Ne·baʹioth, in addition to the other wives he already had."
There are many things to take away from this verse, with the most obvious being that as Esau is disrespecting his parents we can feel less sorry that Jacob stole his blessing. However, he clearly would not have felt the need to annoy his parents if they had just giving him what was rightfully his in the first place. Second, we see that as Esau was to serve Jacob it makes sense that he takes a wife from Ishmael's family as they are the antithesis of the holy family line from Abraham in the first place. As such, we are given another reason to dislike Esau, after all he is a traitor of the holy line. Lastly, we also get to see that polygamy is completely endorsed by the Bible as Esau already had more than one wife before taking a Canaanite wife. Go Polygamy! Now lets journey with Jacob in the desert as he sets course to find his new wife. Luckily for Jacob, and us, he gets to see how almighty God is when he falls asleep one night with a stone for a pillow. In this vision God tells Jacob all the things he has promised Abraham, and Isaac i.e. I will make you a great nation, you will have many cows, you will poop gold etc etc etc.
"“I am Jehovah the God of Abraham your father and the God of Isaac. The land on which you are lying, to you I am going to give it and to your offspring. And your offspring will certainly become like the dust particles of the earth, and you will spread abroad to the west and to the east and to the north and to the south, and by means of you and by means of your offspring all the families of the ground will certainly be blessed. I am with you, and I will safeguard you wherever you go, and I will return you to this land. I will not leave you until I have done what I have promised you.”"
But what is cool about this vision is that Jacob actually decides not to just trust the vision as he lays out exactly what he wants from God to prove himself to Jacob.
"Jacob then made a vow, saying: “If God will continue with me and will protect me on my journey and will give me bread to eat and garments to wear and I return in peace to the house of my father, then Jehovah will certainly have proved to be my God. And this stone that I have set up as a pillar will become a house of God, and without fail I will give you a tenth of everything you give to me.”"
This is interesting as Jacob tests Jehovah in ways that most Christians today would say is unacceptable. The question I ask is if this is good enough for one of the patriarchs of the Bible it surely should be good enough for any average Joe. So, if Jehovah is real I will never have to work a day in my life again as everything will be taken care off, good idea? I think not.

This verse above also in my opinion lays out a fundamental flaw with Christian faith, and that is the application of faith in a God who does not deliver. When God does deliver it usually can be attributed to hard work, or a helping hand. This is not God, this is either making your own luck or complete luck. The amazing thing about luck is that it happens rather often, in fact probably more than theistic miracle claims and yet no one is praising luck.

In closing, there is one tiny historical thing that needs a look at. The place Jacob has this dream he decides to name Bethel.
"So Jacob got up early in the morning and took the stone on which he had rested his head and set it up as a pillar and poured oil on top of it. So he named that place Bethʹel, but previously the city’s name was Luz."
The problem is that the place that is called Bethel and the place called Luz were not the same place according to some archaeologists. So if anything, this claim has not been verified, unless we take the Bible (or the website set up by Reverend Sun Myung Moon as truth) as the truth. However, what we can have is the Catholic Church and others investing a lot of money into finding out if their claims are true and thereby give to humanity. However, I am not going to hold my breathe on that, after all the Pope needs a new gold chair.

See you next week.