Sometimes great work is produced in science and this is one of those times. The recent article entitled " A Remarkable Self-Organization Process as the Origin of Primitive Functional Cells" from Angewandte Chemie is remarkable in that it makes stupid creationist arguments even dumber than they were last week. It does not answer all the question about how life started, but it fills in another big gap which creationists like to hide behind and put god in.

Basically, what these scientists did is they showed that when you inject lipids (to understand the basic cell formation, follow the link) into a mixture of chemicals then you can get the makings of a fundamental cell.  Excitingly this cell with certain chemicals (from the mixture) contained in it is then able to produce proteins. These chemicals do this by first going through a self assembly process, which is basically molecules organizing themselves into groups, that are then able to perform functions together. Here are some pictures to illustrate the process. 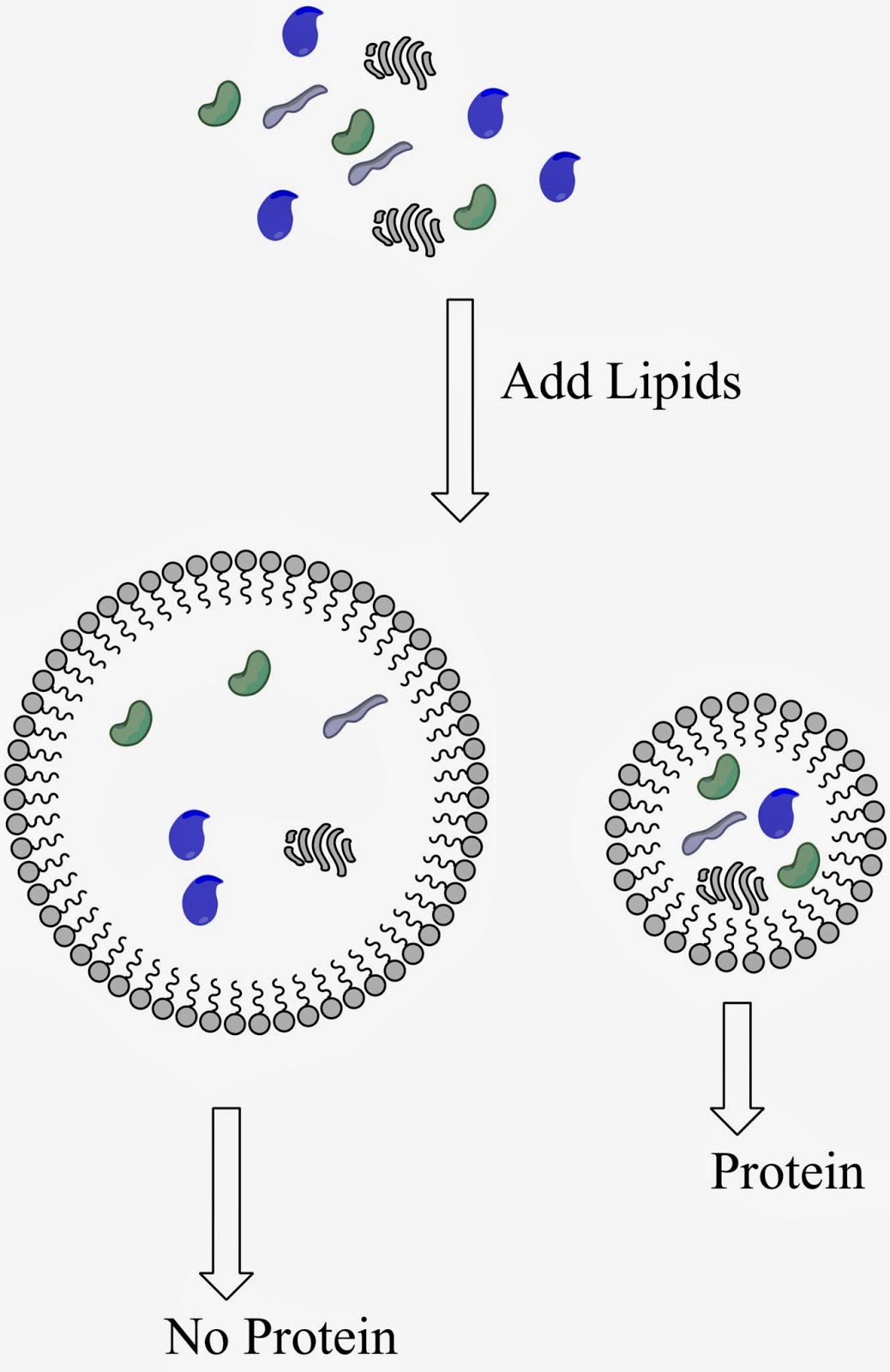 Its also noteworthy that the scientists showed that these reactions cannot happen in all cell sizes that form, which is what would be expected from an evolutionary perspective. When the formed cell gets too large then the reactions are no longer able to happen. They went further to show that these protein formation reactions can only happen 0.5% of the time. This is very relevant as the actual calculated value should be closer to 0 than 0.5 %, which means that this is a favourable process. This means life wants to form with no external/godly influence. Guess that means whatever god you choose is running out of places to hide. The fact is science has put your ridiculous creationists arguments into the fiction category they belong in a long time ago. Now how about you embrace it.
Posted by Christian at 13:00:00